Read my review of Mexico Street 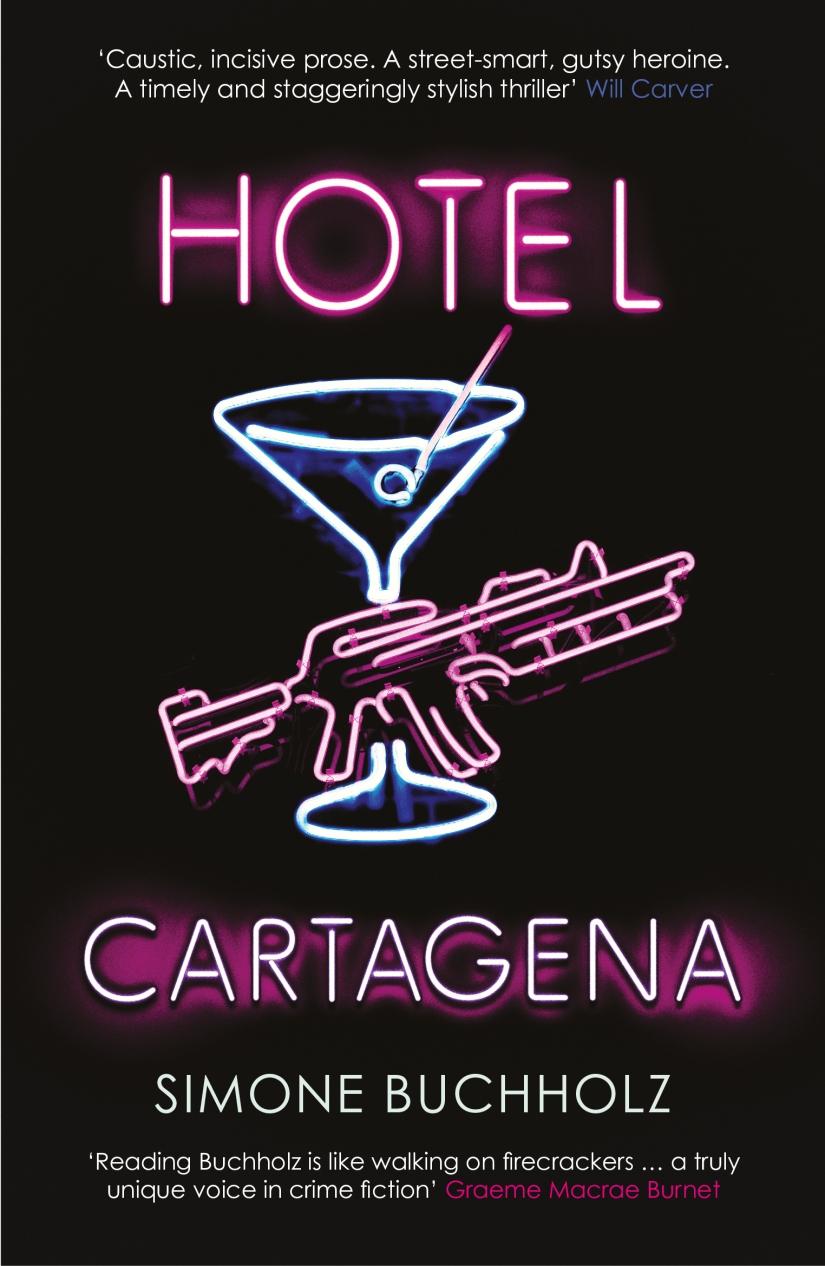 Twenty floors above the shimmering lights of the Hamburg docks, Public Prosecutor Chastity Riley is celebrating a birthday with friends in a hotel bar when twelve heavily armed men pull out guns, and take everyone hostage. Among the hostages is Konrad Hoogsmart, the hotel owner, who is being targeted by a young man whose life – and family – have been destroyed by Hoogsmart’s actions.

With the police looking on from outside – their colleagues’ lives at stake – and Chastity on the inside, increasingly ill from an unexpected case of sepsis, the stage is set for a dramatic confrontation … and a devastating outcome for the team … all live streamed in a terrifying bid for revenge.

Crackling with energy and populated by a cast of unforgettable characters, Hotel Cartagena is a searing, stunning thriller that will leave you breathless. 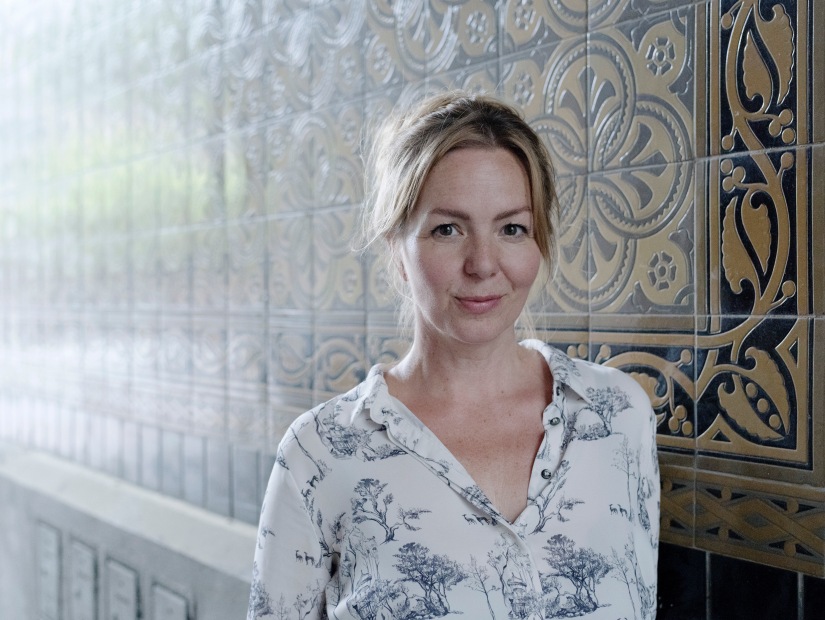 Simone Buchholz was born in Hanau in 1972. At university, she studied Philosophy and Literature, worked as a waitress and a columnist, and trained to be a journalist at the prestigious Henri-Nannen-School in Hamburg.

In 2016, Simone Buchholz was awarded the Crime Cologne Award as well as runner-up in the German Crime Fiction Prize for Blue Night, which was number one on the KrimiZEIT Best of Crime List for months.

She lives in Sankt Pauli, in the heart of Hamburg, with her husband and son.

This was a trippy book, with strange moments where the text changes form as the narrator lapses in and out of consciousness and struggles with sepsis. Moving from Germany to Colombia and back, it traces a reckoning years in the making as well as one eventful and strange night in a bar.

The shocking twists and turns of the night, as the story moves back in time and then returns to the present is gripping and utterly compelling. Who are the gunmen and why is the bartender so relaxed? What is happening to Chastity’s mind as her friends’ faces swim in and out of focus? 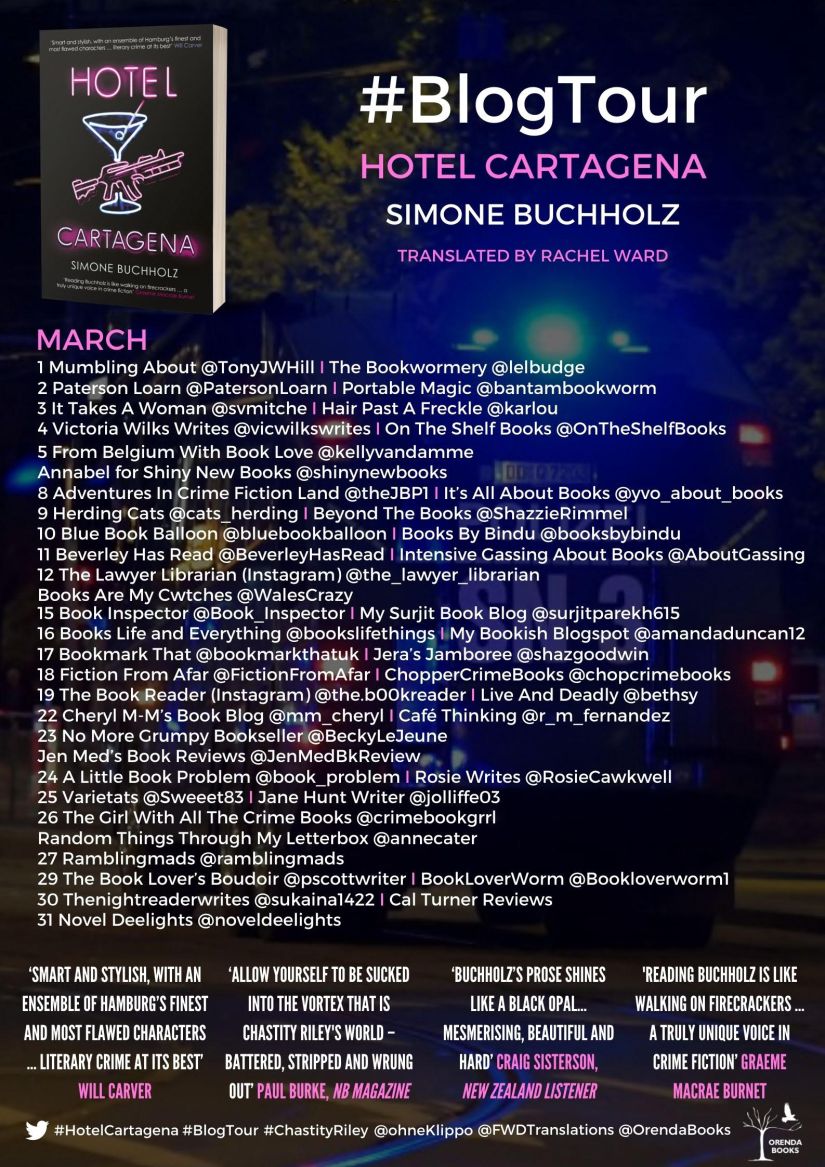