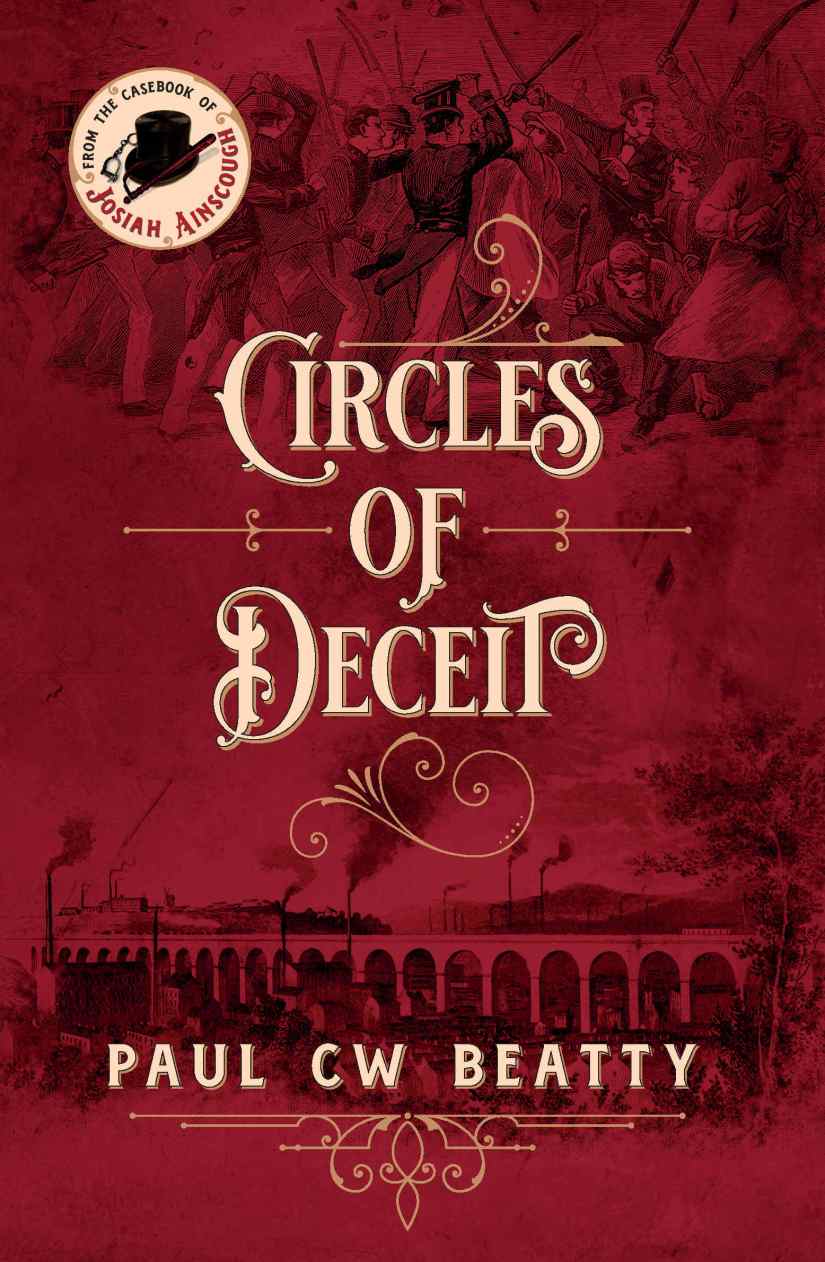 Murder, conspiracy, radicalism, poverty, riot, violence, capitalism, technology: everything is up for
grabs in the early part of Victoria’s reign. Radical politicians, constitutional activists and trade unionists are being professionally assassinated.

When Josiah Ainscough of the Stockport Police thwarts an attempt on the life of the Chartist leader,
Feargus O’Connor, he receives public praise, but earns the enmity of the assassin, who vows to kill him.

‘Circles of Deceit’, the second of Paul CW Beatty’s Constable Josiah Ainscough’s historical murder
mysteries, gives a superb and electric picture of what it was to live in 1840s England. The novel is set in one of the most turbulent political periods in British history, 1842-1843, when liberties and constitutional change were at the top of the political agenda, pursued using methods fair or foul.

Paul CW Beatty is an unusual combination of a novelist and a research scientist. Having worked for
many years in medical research in the UK NHS and Universities, a few years ago he took an MA in Creative Writing at Manchester Metropolitan University emerging with a distinction.

His latest novel, Children of Fire, is a Victorian murder mystery set in 1841 at the height of the industrial revolution. It won the Writing Magazine’s Best Novel Award in November 2017 and is published by The Book Guild Ltd.

Paul lives near Manchester in the northwest of England. Children of Fire is set against the hills of the
Peak District as well as the canals and other industrial infrastructure of the Cottonopolis know as the City of Manchester.

This was a really good, historical political thriller. I got really into it partly because I’d studied the period of history and found the Chartists really fascinating and ahead of their time, and partly because it’s so well written and compelling.

Set in the 1840s, some years after Peterloo, during a time of strikes and upheaval, when the working class Chartists were requesting decent wages, the vote and other eminently understandable things to a 21st Century reader, but the government and factory owners of the day often vehemently disagreed with these requests.

Constable Josiah Ainscough becomes involved with the movement, one he has sympathies for, after thwarting an assassin at a meeting. He then goes undercover and discovers a plot that goes all the way to the top.

He also falls in love and that makes it personal. Using his clever wits and nose for a conspiracy he keeps digging, hunting for the mysterious assassin and their master.

Highly enjoyable even if politics (of any period) leaves you cold, although I enjoyed that element too.