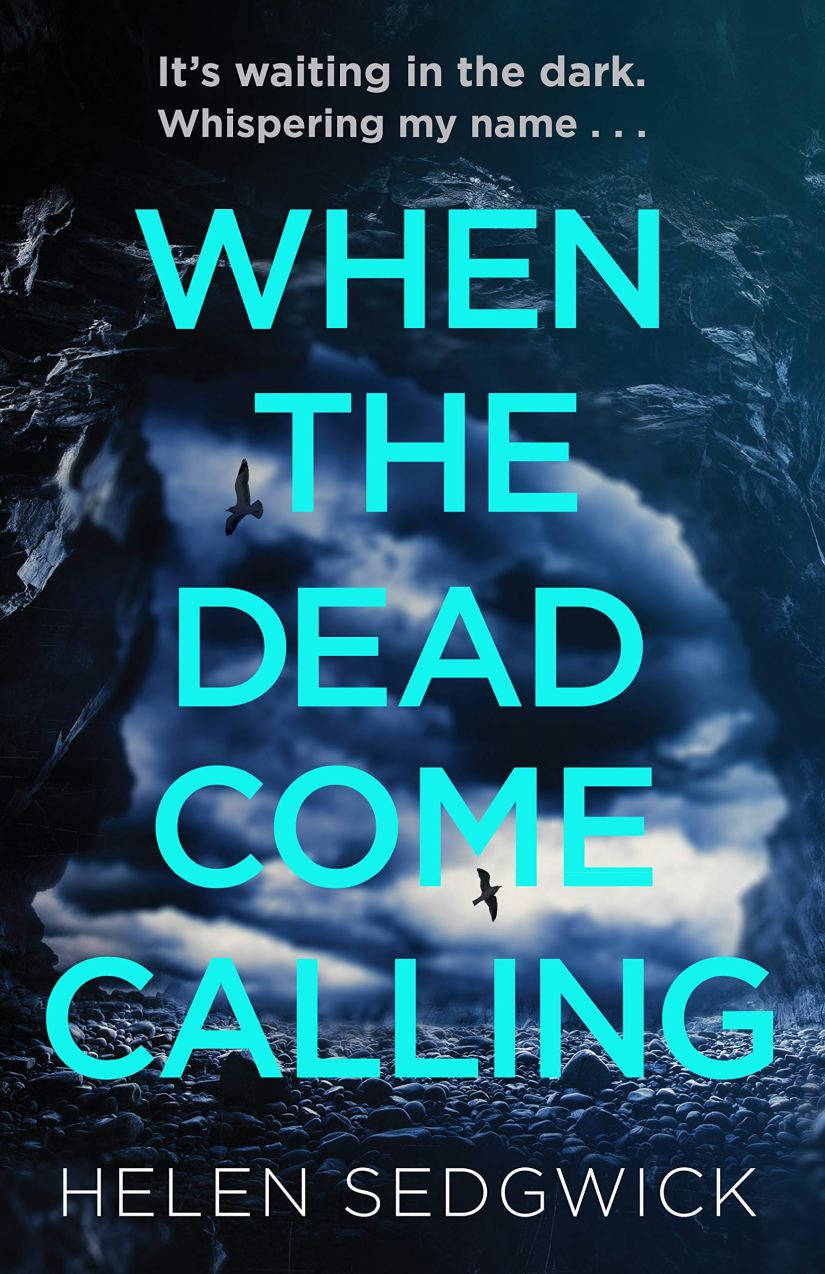 A murder investigation unearths the brutal history of a village where long buried secrets threaten a small community. When psychotherapist Alexis Cosse is found murdered in the playground of the sleepy northern village of Burrowhead, the local police force set out to investigate. It’s not long before they uncover a maelstrom of racism, misogyny and homophobia. But there’s worse to come. Shaken by the revelations and beginning to doubt her relationship with her husband Fergus, DI Georgie Strachan soon realizes that something very bad is lurking just below the surface. Meanwhile someone – or something – is hiding in the strange, haunted cave beneath the cliffs. When The Dead Come Calling is a tense, atmospheric thriller which grips to the very last page.

I enjoyed this because I’m fascinated with places like Burrowhead, where the ancient world meets the modern and small town drama. I live in the North London suburbs and it’s quite diverse and part of the city in a way, which small towns and villages aren’t, so life in a place where everyone knows you feels alien to me.

I imagine it makes it harder to solve crime too, it can’t possibly be someone you know, it must be an outsider, a stranger. But of course, anyone of us could be living alongside a murderer and never know.

This book feels very timely, with its themes of racism, homophobia and misogyny, we are living in dark times where these awful types of thinking are resurgent and seem more common than ever, fuelling crime and fear; and it is this environment that Helen Sedgwick taps into.

The writing is tight and clever, the plot realistic to how a small police force would have to work, solving multiple crimes at the same time, often very disparate victims and suspects to round up and interview. The murder can’t always take precedent and so the reader, much like the investigators, must be patient in solving it.

HELEN SEDGWICK is the author of The Comet Seekers, selected as a best book of 2016 by the Herald, and The Growing Season, shortlisted for the Saltire Society Fiction Book of the Year in 2018. She has an MLitt in Creative Writing from Glasgow University and won a Scottish Book Trust New Writers Award. Before she became an author, she was a research physicist with a PhD in Physics from Edinburgh University. She now lives and writes in the Scottish Highlands. http://www.helensedgwick.com/ @helensedgwick @PtBlankBks

Helen Sedgwick on the writing of WHEN THE DEAD COME CALLING ‘When the Dead Come Calling was inspired by a visit to St Ninian’s Cave in the Scottish borders – it’s a cave on a wild beach that became a place of pilgrimage in the Middle Ages. Even today, the cave is filled with crosses made out of twigs and ribbons, prayers scratched onto stones and offerings left in the crevices of the rock. It’s a creepy place. I also wanted to write about rural life, having recently moved from Glasgow to the Highlands. It is a very different world. I absolutely love living in the country (a bit like Georgie loves it in the book) but that doesn’t mean I can’t see there are some pretty big issues. The lack of diversity, lack of opportunities, and the isolation are very real problems. And you do come across casual racism and homophobia, and often it has been left unchallenged because of the limits of the community itself and the lack of new experiences. So, I wanted to write about how people in small rural communities turn a blind eye to these problems, about the urban/rural class divide that leads to people in the city dismissing those in the country, and how history and inaction make us all complicit… But at the same time I wanted to write about how people in small communities can be exceptionally kind and warm and how living in a remote place can make you feel more connected to the past and to the landscape. It’s easy for people to judge the country without having lived there, but there’s a lot more to it than people think. I’ve also had an interest in false memory syndrome for years. I wrote two unpublished novels before writing my debut The Comet Seekers, and one of them was a literary thriller about false memory syndrome. The book remains unpublished for a reason (I was still learning to write and it wasn’t good enough!) but the research I did all those years ago fed into the plot for When the Dead Come Calling. Memory is fascinating and also poorly understood, and I keep being drawn back to how our minds create and recreate ‘memories’ that can end up being very different to the lived experience that they relate to. Our brains actually rewrite our own memories over time. That idea kept calling to me, wanting to be written about. It was at a crime writing event at Wigtown Book Festival that I got the idea for the main character of Georgie Strachan. There was a discussion about how fictional detectives always need to be broken or damaged in some way, and I wanted to turn that on its head. Is it possible to write a crime book in which the detective is just a good person who wants to see the best in everyone, despite evidence to the contrary? I started thinking about what would happen to a good, almost naive detective working in a broken world, and that world became Burrowhead.’