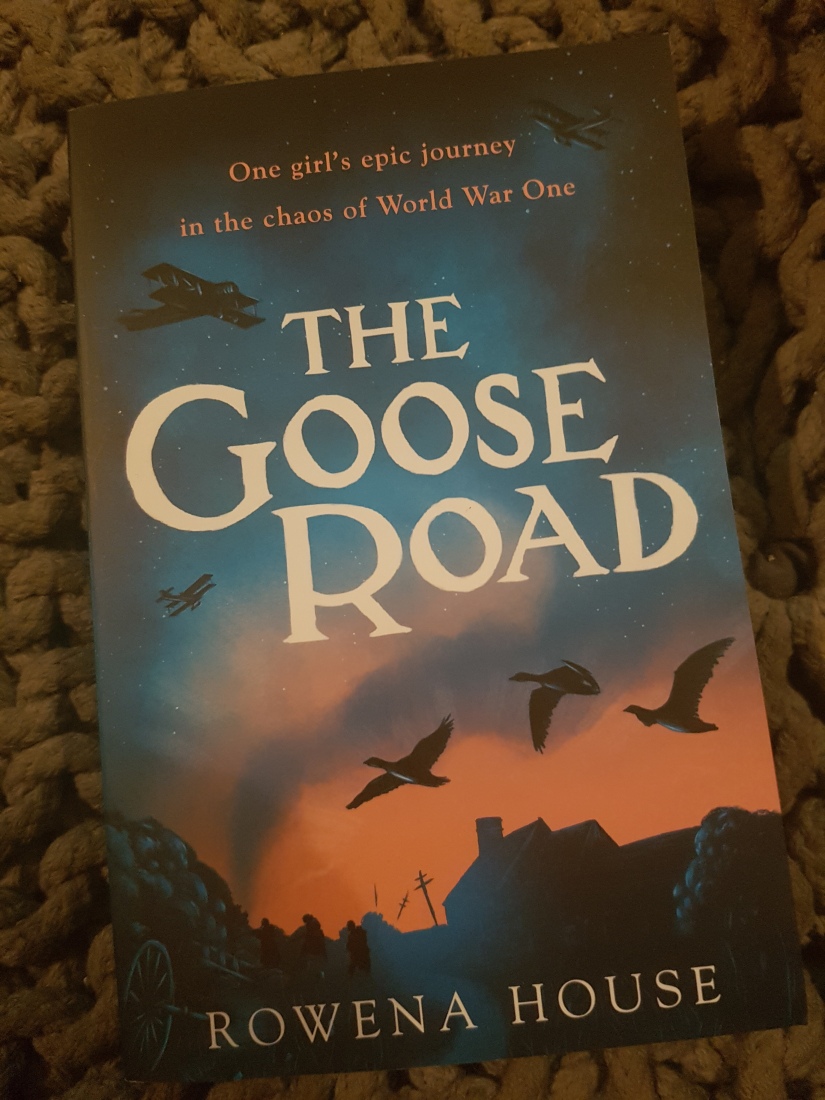 In 1916, in France, Angelique is making Hay on her family’s farm when the postman delivers news – her father is dead. Angelique is not sorry – he was a cruel, drunkard of a man – but she is deeply relieved her brother, Pascal, is still alive. She makes a promise – then and there – that the farm will remain exactly the same until he beloved brother returns home. She hopes, desperately, that if nothing changes at home, he won’t either.

Of course, nothing goes to plan. The harvest is ruined by a storm, her mother falls ill and the bailiffs arrive, ready to repossess the farm after her father has gambled it away. Angelique sets off with her treasured flock of Toulouse geese to sell them to make enough money to save her family home and await her brother’s return…….

Rowena studied journalism at LSE and spent several years on Fleet Street, reporting for various news agencies. She has lived and worked in France, Africa and Belgium as a Reuter’s foreign correspondent and covered the fall of Addis Ababa at the end of Ethiopia’s 30-year civil war. She now lives in Devon and works as a freelance journalist. In 2013, Rowena won a competition run by Andersen Press, which published her winning entry, “The Marshalling of Angélique’s Geese” in War Girls, a collection of short stories about WWI as seen through the eyes of young women. The Goose Road is her novelization of that story.

Why I love (some) historical fiction

As a reader, when I say that I love historical fiction what I mostly mean is that of all the novels I’ve ever read, my favourites tend to be set in the past.

That doesn’t mean I only read historical fiction. I like detective stories as well. Sherlock Holmes and Raymond Chandler, especially, which just happen to be set in the past.

I like some Sci-Fi and fantasy writers, too: Larry Niven, Tolkien, Terry Pratchett.

So I find it odd when someone assures me they don’t like historical fiction as if it’s all one and the same. How do they know beforehand what book will capture their imagination or speak to something in their souls?

Personally, I won’t ever say ‘I like this’ if it carries the implication ‘I don’t like that’.

As a writer, however, I can say with a hand on my heart that I absolutely love historical fiction. I love the research, and the honest attempt at resurrecting the past by uniting insight and imagination with that research.

Historians when faced with gaps in their knowledge must rely on evidence that meets defined standards of academic rigour, ‘facts’ which they then sift and prioritize, and speculate upon, and rearrange to suit their own logic and reason – and prejudices. In that way, all histories are constructed. Fiction is just further along that line.

In particular, storytellers aren’t restricted by written records from their chosen period, with all the limitations that typically implies about the wealth, power and gender of those who did the writing.

For The Goose Road I read many books about rich, powerful men in the First World War, but I was free to write about a poor, semi-literate girl from a peasant underclass, even though I never once found a first-hand account from such a person despite months of research.

Instead I made up her life from snatches and scraps I found here and there, fleshed out with practical, personal experiments with scything hay and watching the behaviour of geese, combined with memories from my time as a journalist when I meet African girl farmers, working the hard soil by main strength with crude, manual tools.

So one thing I loved most about writing the book was giving my protagonist her strong, independent voice.

Another thing I love about historical research is the way it primes the mind for time travel. The heat and dirt, strange towns, exotic scents, hungry crowds, the fear and excitement. The ‘other’. Let me give you an example of what I mean.

When I went with my family to the labyrinthine medinas of the ancient Moroccan city of Fez, donkey trains shoved us aside in narrow streets crowded with shoppers and hawkers with their baskets of wares.

Cages of ducks, chickens and pigeons spilt out from the butcher’s shops. There were spices on stalls, fabrics, and leather goods from the stinking tanneries, their dye-pits gaudy with reds, yellows, orange and green.

The noise was constant, the faces fascinating.

Squint, and the occasional wrist watch or smart phone would disappear. Stop for sweet mint tea or mud-thick coffee, and it took no effort at all to imagine a slight alteration in clothing, a sword or a dagger worn at the belt…

Stories of the crusades sprang to mind and the tales of Scheherazade. The place felt familiar, but also more confident than I’d ever imagined: busier, buzzing, and entirely caught up with itself. The place belonged to the people. But their time was also ours, and what felt old and distant was suddenly here and now.

I experienced a similar sensation of time collapsing when exploring the muddy back-streets of the French Channel port of Étaples for The Goose Road.

A 1913 map I found in the local library showed that the old town’s layout – even the names of its twisting lanes – hadn’t changed from the days when British Empire troops and nurses walked there, and veiled widows slipped by in the shadows, and the great military trains of the First World War rattled past, carrying infantrymen to the Western Front, and the wounded to hospital.

Only ghosts from that war walk there now, but I felt them brush past me all the same.

I found the book really interesting, I’m fascinated by stories about ordinary people during extraordinary times, like this. Angelique is a farmer’s daughter who defies the odds to do something unusual and quite unprecedented.

This book has a lot of sad moments, some really tragic points, but Angelique is a strong heroine and one filled with determination, like my childhood literary hero Anne of Green Gables, stubborn and headstrong. Wartime France is not a safe place for a teenage girl and a flock of geese, including her pet gosling Armandine, travelling at times alone on trains with dodgy men or through encampments of striking munitions workers.

The writing is good, it keeps you interested and the characters are well defined. I know this isn’t written for young adult readers but I think it would appeal to any teens interested in history, especially if you enjoyed Michelle Magorian’s war books like Goodnight Mister Tom and A Little Love Song.