Welcome to the tour for Roger Stark’s historical fiction, They Called Him Marvin. Read on for more details and a chance to win a signed edition of the book!

They Called Him Marvin: A History of Love, War and Family

Young lovers trying be be a family, but duty called, interrupting them.

He answered. She, with child was left behind.

The war did end, but he never returned.

“They Called Him Marvin” is a history. A history of war and of family. A history of the collision of the raging politics of a global war, young love, patriotism, sacred family commitments, duty and the horrors and tragedies, the catastrophe that war is.

A reviewer explains: “I am a fan of historical fiction and this story did not disappoint. It was sweet, tragic, personal, and moving. Gradually and almost imperceptibly, the story of two wartime sweethearts begins circling the drain of a tragedy you know is coming. The book begins with the ending, but by the time you get there you have convinced yourself that it can’t possibly be the case. I enjoyed every moment, even the ones that left me in tears.”

The letters between Connie and Dean provided a fascinating glimpse into wartime life. Reading the experiences of people both at home and abroad was very engaging. I found myself eagerly awaiting the next letter, right along with the young couple!

Lastly, the book left me with an overwhelming acknowledgement of the universal trauma and tragedy of war. The Shermans are not the only family we meet in the book and the weaving together of several different narratives added a depth to the story that’s hard to put into words.

Stanley Carter started all this.

… I want to help you with your problem of not knowing any one in Salt Lake. Tomorrow I am going to my girlfriends house, come with me, she would love to meet you and then you will know two people here.” Dean answered, “I could be talked into that.”

“We are going to meet up at church and then go to her house.”

By the end of church the following day, Dean would actually know three people from Salt Lake City. This because Stan’s girlfriend, Carol Woffinden, happened to be the best friend of Constance Avilla Baldwin, who also just happened to attend the same Waterloo Ward of the Mormon Church, who also didn’t have a boy friend, and who was also more than happy to make a visitor feel welcome.

Dean innocently walked into all of this.

Mormons have a special interest in non Mormons, or Gentiles as they call them. You see, a Mormon is never far from, or without, his missionary zeal. If you’re not a Mormon and your going to hang out with a Mormon for very long, you’re going to get zealed. For Dean Harold Sherman, it was to be a life altering dose of zealing.

Dean and Connie exchanged 67 letters (50 written by Dean) the night (unbeknownst to him) that his son Marvin was born Dean wrote:

Hello sweet girl, I sure have been thinking of you lots these days and wishing so much that I could be around to take care of you, and be holding your nice soft hands and giving you lots of moral support, and see your pretty face and look in your eyes and without saying a word, tell you millions of wonderful things that you mean to me. You do too, Honey, mean so many wonderful things to me. All the wonderful things a beautiful girl can be and my best companion ever along with being the sweetest wife any guy ever could love. Those are just a few of the things, Darling, which make me love you more every day…

On the day Dean was shot down Connie Wrote:

My most wonderful man,

I’m in a rather odd mood tonight Honey, and it is most all about you and Marvin and me. I have been trying to decide whether or not I would write to you tonight most all evening. I wanted to, but I didn’t know if I could express my feelings as I would want to, and, as I feel them. As you can see Honey, I have made up my mind to try. How well I succeed remains to be seen…

Then I was thinking of Marvin and wondering just what his talents are going to be. To have a Daddy such as you, Honey, he will be kind and good, even as you are, a wonderful man. Honey, I’m really just beginning to realize what a great responsibility we have in teaching and caring for Marvin. We just have to do it to the very best of our ability. I know you have lots of ability, Honey, and I hope I have…

I have a hard time, the past seems like such a thrilling dream of love and happiness. I wonder if it all really happened, but then I know it did. And Oh! Honey how I do love you now and forever and ever ever after with all my heart and soul. Honey I just can’t express how deep my love for you is. Its an impossibility. I love you always.

… In Puerto Rico the crew was quite happy to watch the new release The Lady Takes a Chance starring John Wayne and Jean Arthur. Coincidently when they reached British Guiana the same movie was featured. Not to be deterred the crew again enjoyed the film. When they got to Brazil and it was again the featured picture show, some murmuring occurred. The Corporalies, were feeling cheated.

When they found the movie would be playing at their fourth stop also they complained to Dean.

“Sir, ain’t the Army got any other movies?”

“We know the lines better than the actors.”

“We know John Wayne is going to eat the lamb chops because Jean Arthur cooked them for him even tho he is a beef man.”

“Maybe there will be something new at our next stop,” was the consolation Dean offered. After crossing the Atlantic The Corporalies showed signs of giving up on the movies.

But in KhartoumThe Corporalies forced into the NCO Club by the searing heat and therefore ‘forced‘ to drink cold beer all day had a terrible yearning, near evening, for a movie.

By virtue of being the youngest Howell was often the brunt of such requests especially after three or four beers. He had given up protesting that he was the same rank as them. In fact as the Central Gunner, he was in charge of the other gunners in combat, but as the youngest of four boys at home he felt a strange comfort in re-playing the role with his combat brothers.

“And damn it, don’t come back if it is The Lady Takes a Chance.”

Of course he discovered that The Lady was indeed tonight’s special feature. On the way back to the NCO Club with the sad news that John Wayne was again eating those lamb chops even here on the edge of the Nile Rivers, he met his Airplane Commander.

“Sir, they are playing that same damn movie here, oh sorry sir, that same John Wayne movie is playing here. We are sick of it, Sir, ain’t the Army got any other movies?”

“Evan, the reason that movie shows up everywhere we go, is that we have been tasked with delivering it to our final destination while allowing each layover airfield to use it.”

Howell stared at his Airplane Commander as his cognitive impaired brain tried to process. The light finally came on for him, a bit dim, but it came on. “Oh, Sir, I see Sir, I’ll tell the boys.”

Available Here and on Amazon! 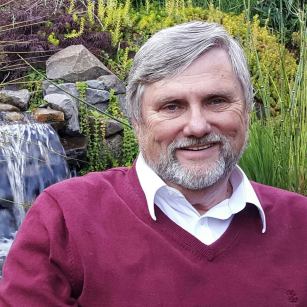 I am, by my own admission, a reluctant writer. But there are stories that demand to to be told. When we hear them, we must pick up our pen, lest we forget, and the stories be lost.

Six years ago, in a quiet conversation with my friend Marvin, I learned the tragic story his father, a WW2 B-29 Airplane Commander, shot down over Nagoya, Japan just months before the end of the war.

Bill Clinton has famously said: “They were the fathers we never knew, the uncles we never met, the friends who never returned, the heroes we can never repay. They gave us our world. And those simple sounds of freedom we hear today are their voices speaking to us across the years.”

Such a man was Marv’s father. A father he never knew. The telling of the story that evening by this half orphan was so moving and full of emotion, it compelled me to ask if I could write the story. The result being “They Called Him Marvin.”

My life has been profoundly touched in so many ways by being part of documenting this sacred story. I pray that we never forget, as a people, the depth of sacrifice that was made by ordinary people like Marvin and his father and mother on our behalf.

My career as an addiction counsellor (CDP) led me to write “The Waterfall Concept; A Blueprint for Addiction Recovery,” and co-author “Reclaiming Your Addicted Brain.”

After my counselling retirement, I decided I wanted to learn more about the craft of writing and started attending classes at Portland Oregon’s Attic Institute. What I learned is that there are an amazing number of great writers in my area, and they were willing to help others improve their skills. I am grateful to many of them.

My next project is already underway, a memoir of growing in SW Washington called “Life on a Sorta Farm.” My wife of 49 years, Susan and I still live in that area.

We raised seven children and have eleven grandchildren. We love to travel and see the sites and cultures of the world. I still get on my bicycle whenever I can.

They Called Him Marvin

Click the link below for a chance to win a signed copy of the book! (Open to everyone)